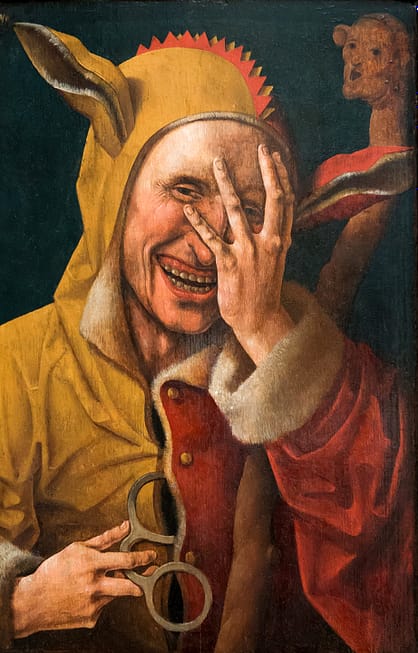 April Fools’ Day dates back to 1582, when France switched from the Julian calendar to the Gregorian Calendar, as called for by the Council of Trent in 1563. In the Julian Calendar, as in the Hindu calendar, the new year began with the spring equinox around April 1st.

The people who were slow to get the news or, failed to recognize that the start of the new year had moved to January 1st, continued to celebrate the new year during the last week of March through April 1st. These people became the butt of jokes and hoaxes and were called “April fools.” These pranks included having paper fish placed on their backs and being referred to as “poisson d’avril” (April fish), said to symbolize a young, easily caught fish and a gullible person.

I didn’t know that.

This year, April Fool’s Day is pretty much canceled this year due to the Corona Virus. News and media platforms are encouraging people not to play pranks right now because, frankly no one is in the mood.

Everyone is stuck at home and the general mood held is not jovial.

One thing that is keeping everyone entertained is The Tiger King on Netflix. That shit is hilarious. The show is like a train wreck you can’t look away from. One thing I did learn- Carol Baskin definitely killed her husband.

It is so hard to be positive right now. The most exciting part of the week is going to the grocery store where you never know what weird item people are going to be freaking out over next. Like, toilet paper. WTF is wrong with people? Why toilet paper? It’s a pandemic.

This reminds me of hurricane season in Florida.

Before a hurricane, grocery stores are emptied out because the people know that there is a great possibility that they won’t have access to the roads and stores for a few weeks . Not to mention electricity is not available so, canned goods are a must.

I don’t understand why people are buying the stores out right now. We have electricity, water, and access to the roads… I guess people need to feel a sense of control and having hoards of toilet paper gives them that feeling.

Quote of the Day

Take out from Shwarma On The Run

There are at least 1,002,159 cases of coronavirus globally, according to Johns Hopkins University’s tally. Over a million cases. That is mind blowing.

Jump to the next entry